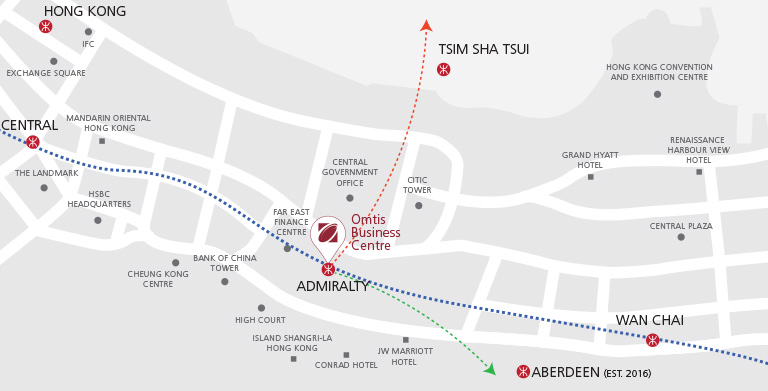 The Business Centre occupies an exclusive area on the 28th floor of Admiralty Centre Tower One, overlooking the Victoria Harbour of Hong Kong and in very close proximity to the government offices, major banks’ headquarters, Michelin-starred restaurants, shopping malls and international five star hotels. The majority of the rooms have a view of either Victoria Peak, Victoria Harbour or the surrounding business districts.

Most importantly, we are located directly above the Admiralty Mass Transit Railway (“MTR”) station, which is the main intersection of the railway system connecting north within one stop to Tsim Sha Tsui of Kowloon and south to Aberdeen. In addition, on street level you will find a major bus terminal, a taxi stand, minibuses and a tram stop. Carpark facilities are within walking distance as well.